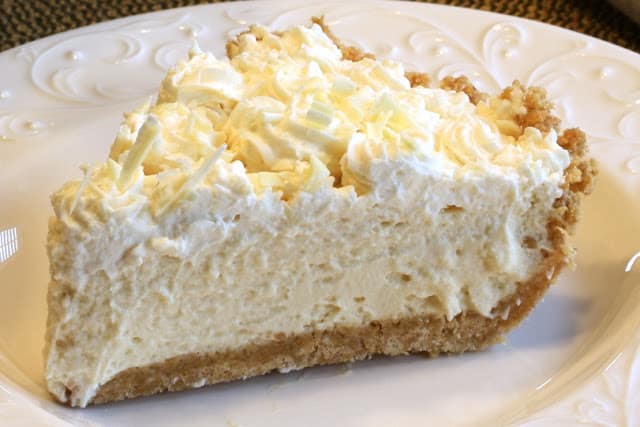 My husband, senior sense of savor tester inward our house, asked me if at that spot was around sort of pie subject going on (other than a whole yr of pies).  Influenza A virus subtype H5N1 few pies accept had around sort of liquor such every bit brandy, amaretto in addition to right away Baileys Irish Gaelic Cream.   I don’t mean value at that spot volition last many to a greater extent than pies similar this 1 then enjoy!  This is for St. Patrick’s Day afterward all!!  You can’t (well I approximate you lot can) celebrate St. Patrick’s twenty-four lx minutes menstruation without around sort of spirits.  Baileys is to a greater extent than similar dessert anyway.  If you’re looking for something sweetness for the St. Patty’s twenty-four lx minutes menstruation vacation – give this like shooting fish in a barrel pie a try!  It’s smooth, creamy, sweet and magically delicious! 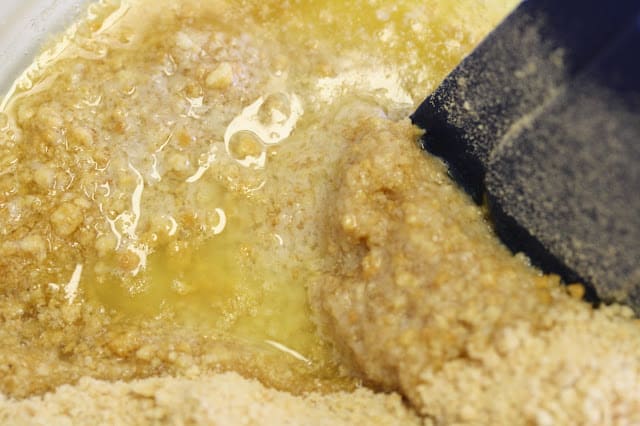 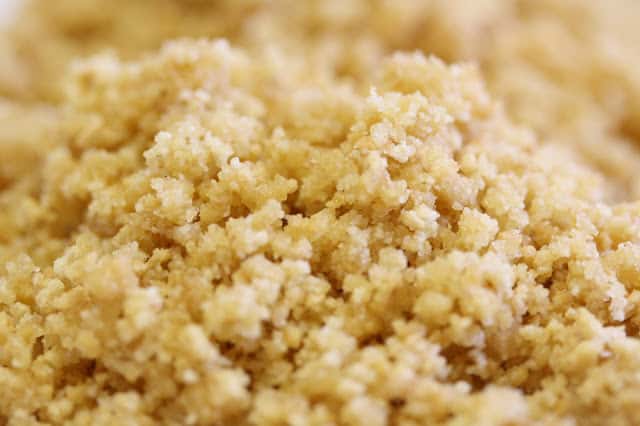 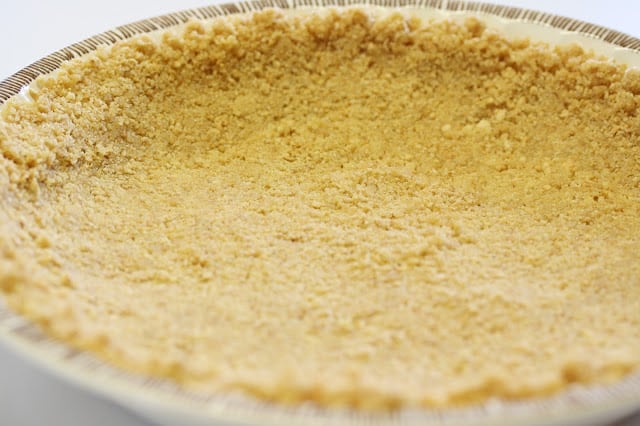 Press the mixture into the bottom in addition to upward the sides of a ix inch pie plate. 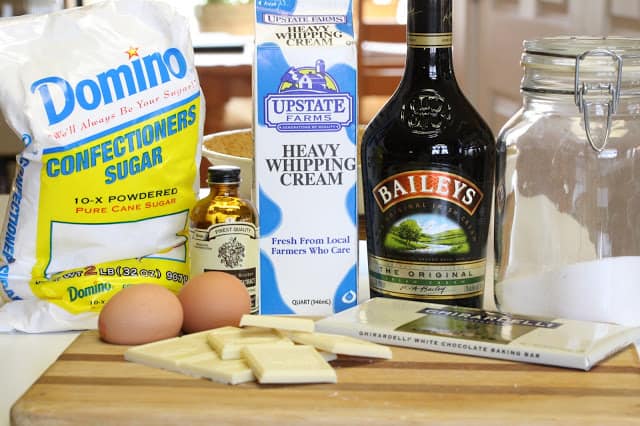 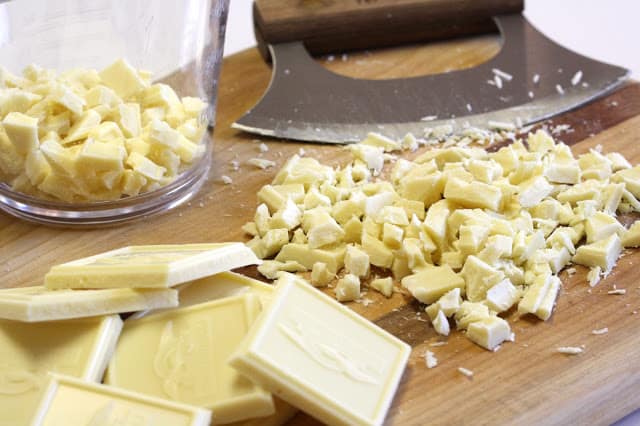 Chop the chocolate into minor pieces. 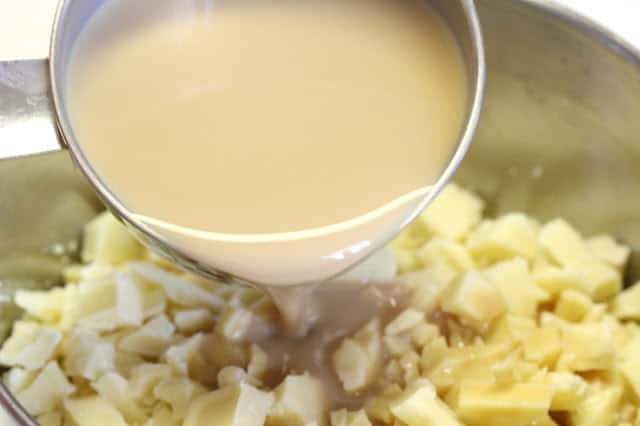 Melt the chocolate in addition to Irish Gaelic Cream inward a metallic bowl over hot water. 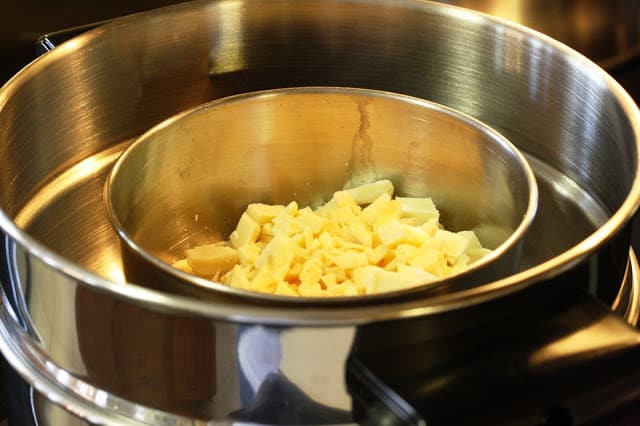 I used my steamer pot in addition to turned the rut upward slowly.  Stir the chocolate mixture oftentimes in addition to build certain the metallic bowl does non impact the water.  Influenza A virus subtype H5N1 double boiler is perfect if you lot accept one.
Once melted, laid chocolate aside. 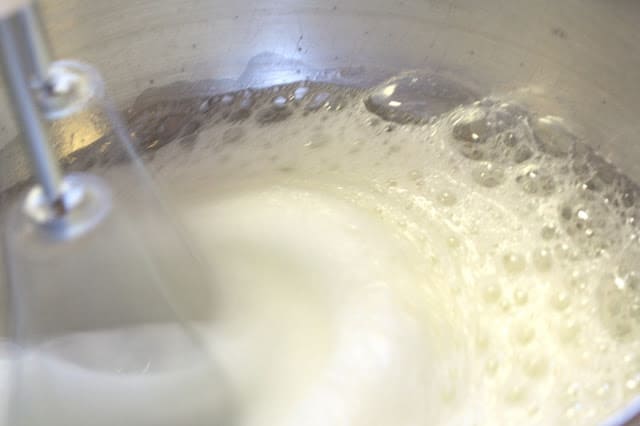 Next trounce the egg whites amongst a mixer on high until soft peaks form.
Add sugar, 1 tablespoon at a fourth dimension in addition to trounce until rigid peaks agree their shape.  Set egg mixture aside. 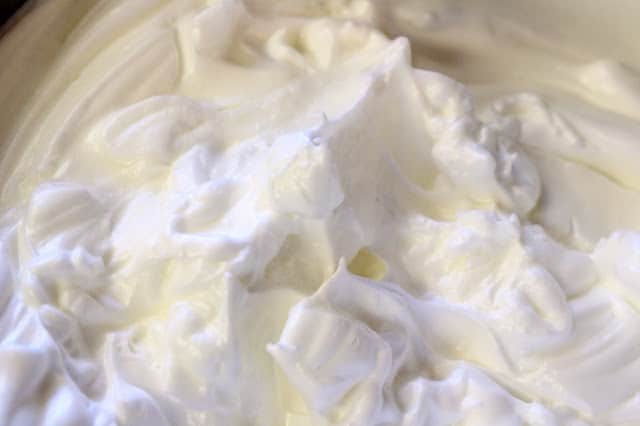 In a split bowl trounce heavy whipping cream until rigid peaks form.
Gently fold the egg whites in addition to whipped cream together. 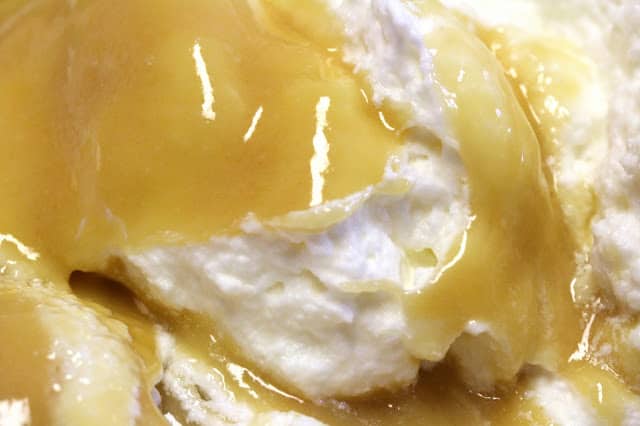 With a large spatula, flexure white chocolate mixture into the eggs in addition to whipped cream.
Make certain to mix gently, create non over mix. 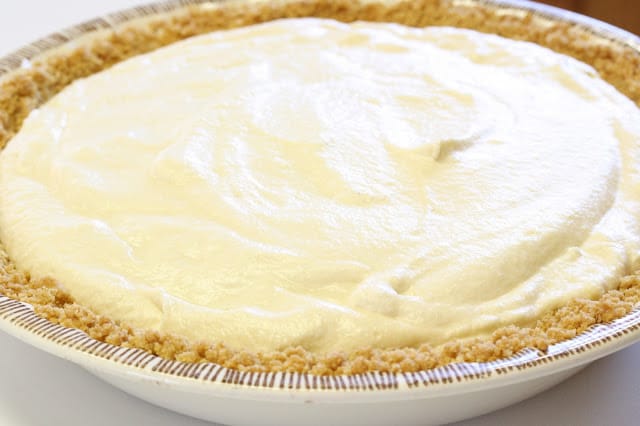 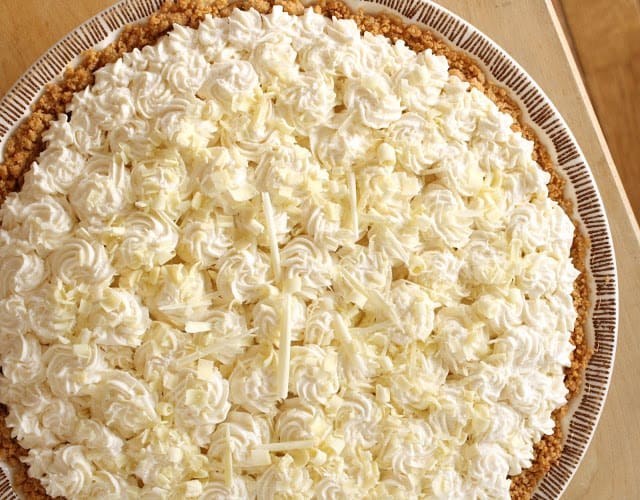 Spread the whipped cream on plough over or pipage inward a decorative swirl using a pastry purse in addition to large star tip. 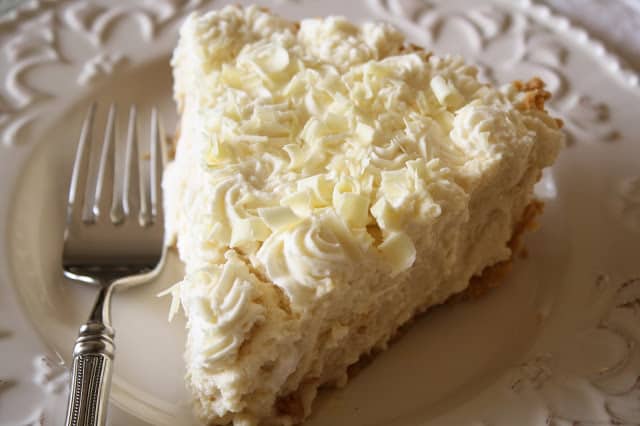 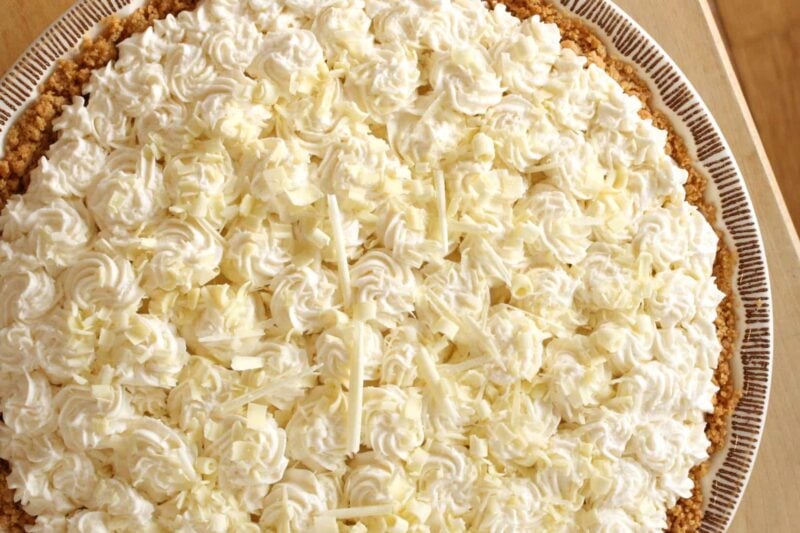 Thanks then much for stopping by!