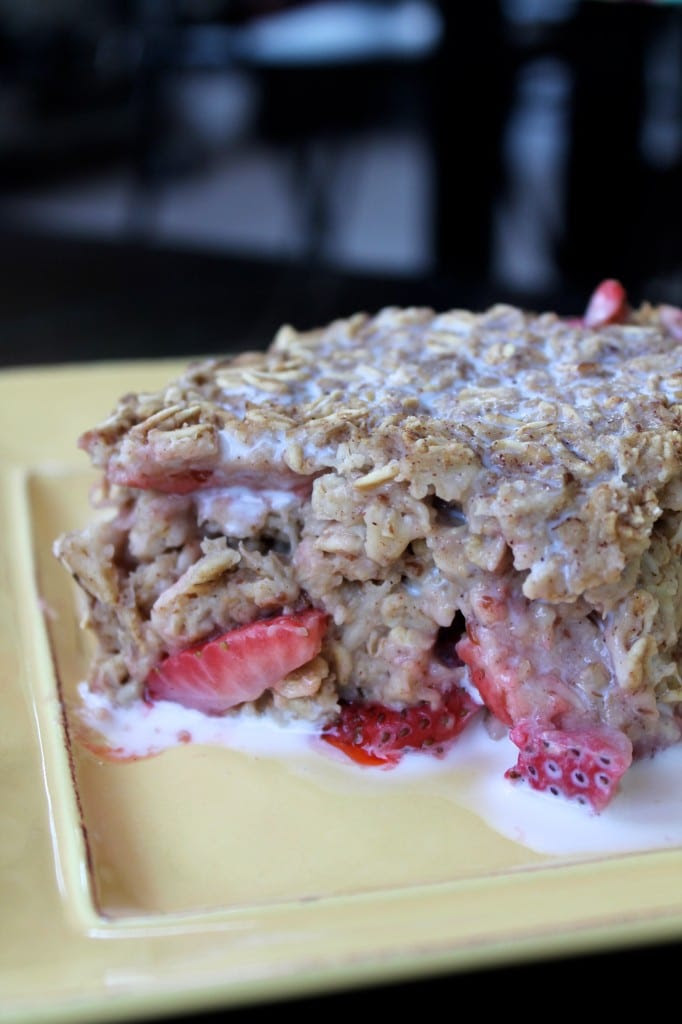 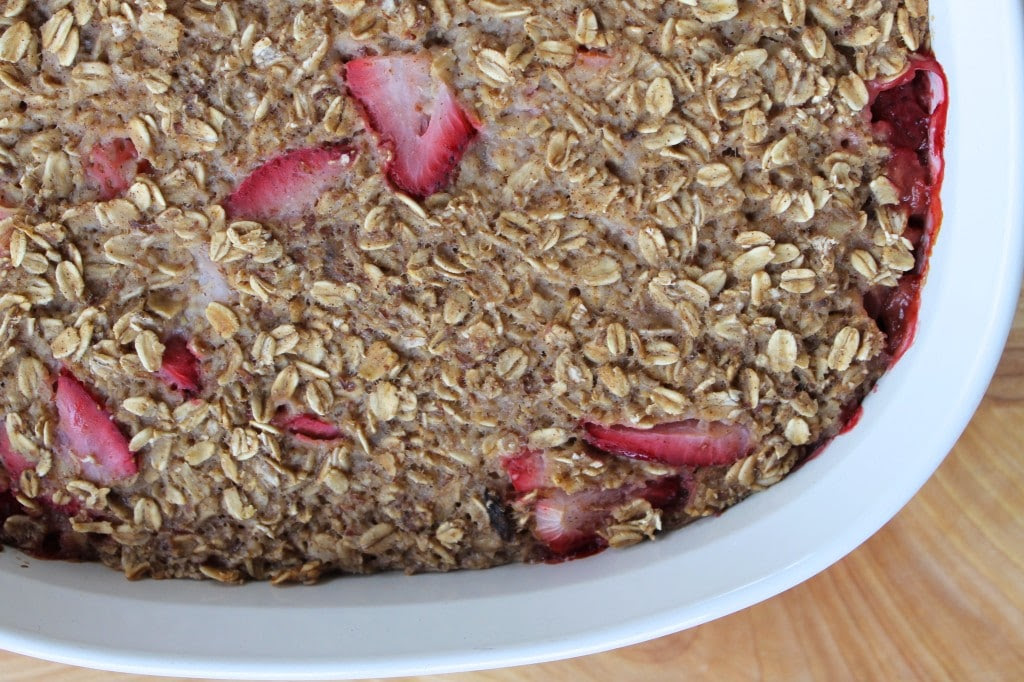 This is one of the things I made for Easter brunch. Every year my mom’s side of the family unit comes to rest alongside us as well as nosotros take a big political party on Sabbatum, in addition to and then I always make a large brunch on Easter. This year’s spread was awesome. I made a prosciutto asparagus fontina strata, my raspberry lemon breadstuff, a raspberry ricotta cake from Bon Appetit, honey whole wheat cinnamon rolls, and this baked oatmeal. I am SO glad I made this oatmeal concluding minute. We had just about gorgeous strawberries that needed to live used upward together with I wanted a healthier addition to have with brunch. This turned out to be SO skillful. It’sec perfect to cutting the leftovers into squares as well as accept during the week for breakfast! 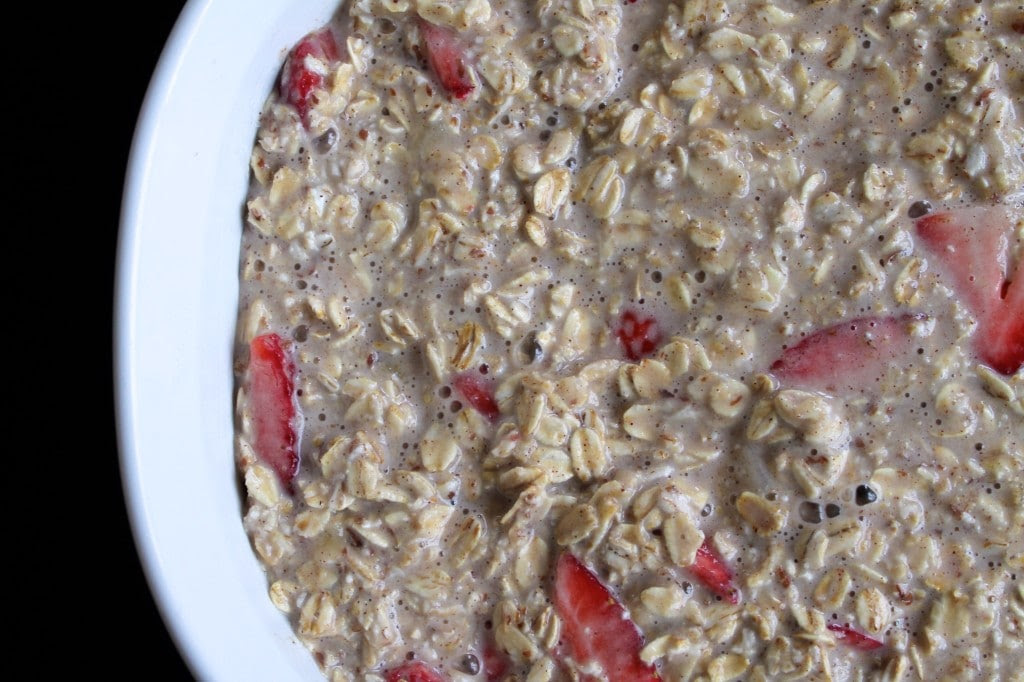 three one/2 c. non dairy milk (I used a mixture of unsweetened vanilla almond milk together with vanilla kokosnoot milk)

Preheat oven to 350℉. Grease a two/two quart baking dish amongst coconut oil or butter. (You could besides role a nine×13 baking dish simply you lot may ask to bake for a shorter fourth dimension). In a medium bowl, stir together the oats, dark-brown saccharide, cinnamon, flaxseed repast together with body of water salt until combined.

In a classify bowl, whisk together the mashed banana, milk, together with vanilla until combined. Add the liquid mixture to the oat mixture together with stir until combined. Fold in the sliced strawberries. Pour into prepared pan and bake for 45-l minutes until all liquid is absorbed too height is aureate dark-brown. Let cool for 10 minutes or so before serving. Cut into squares as well as drizzle alongside milk and a lilliputian dear if y'all similar things sweeter. More fresh strawberries would live yummy too!