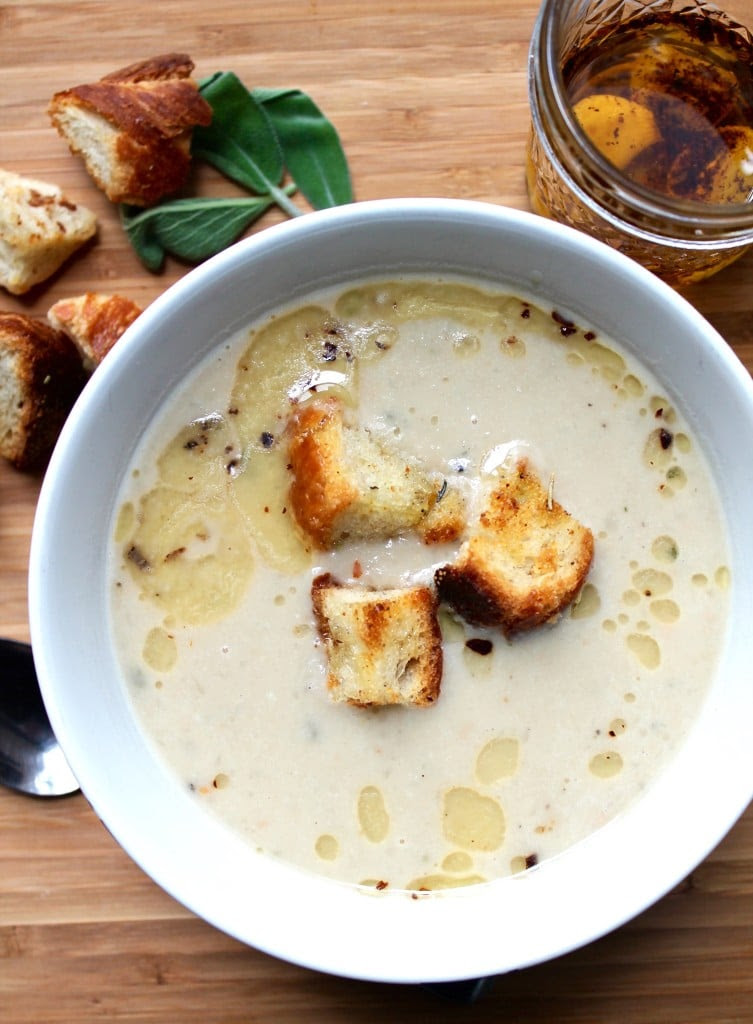 Well, winter is officially hither. I idea we may have dodged it, just this weekend was INSANELY common cold. It snowed a scrap yesterday, as well as it’s gross together with rainy out today. No bueno. The good news is, the conditions this weekend is forecasted to be in the 50s-60s. Maryland atmospheric condition is and so bizarre. In the meantime, this luxuriously creamy soup with garlicky croutons too the well-nigh delicious spicy oil drizzle volition live certain to warm you up! (It’s healthy likewise)!